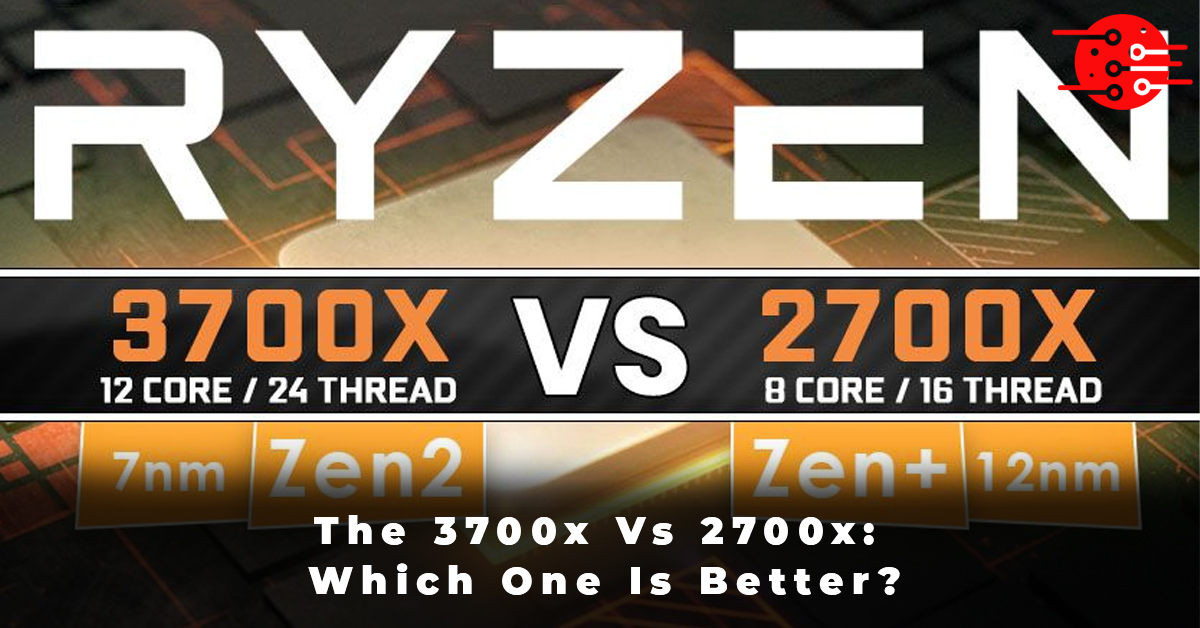 If you are looking to purchase a CPU, AMD is a fantastic company to choose from. They produce a great range of processors.

The 7 nm manufacturing process has been considered to be a game-changer for the company in the days ahead. From that perspective, the new Ryzen 3000 series processors are expected to bring new capabilities and functionalities to your computing devices.

Let us explore and compare the AMD Ryzen 7 3700X vs 2700X today to highlight the best features that the two processors from the AMD family have on offer.

The third-generation Ryzen 7 processors are expected to be launched quite soon. We expect the rollout of the new processors on July 7, 2019. One of the prime options that it offers you will be a rocking 5 GHz clock speed.

Of course, the processor is yet to be launched. But, it is expected to come in the Zen 2 lineup. Given the fact that the 5 GHz clock speed is likely to arrive with the processor, we would expect a boost speed of at least 5.3 to 5.4 GHz. The TDP rating should come at around 105 Watts.

The processor comes with a 12 nm manufacturing process. Since AMD did not release a Ryzen 7 2800x, it was considered AMD’s flagship CPU in 2018; It’s the updated version of the 2017 flagship Ryzen 7 1800X. Of course, there are a few additional features.

It comes with a faster base clock of 3.7 GHz, and you have access to the 4.3 GHz boost speed. Perhaps that should be the greatest benefit for the processor. If you’re still using first-generation Ryzen processors, this can be a perfect upgrade option for your needs. In addition, it offers an unlocked overclocking option.

While the clock speeds are not overly important when it comes to regular PC use, in gaming, they are vital. If you have a CPU that has too low clock speeds, your games will not run efficiently.

Here are the clock speeds:

It is difficult to choose which is the better CPU for clock speeds. While the 2700x has a slightly better base clock, the boost clock of the 3700x is a fraction better.

The 3700x will perform slightly better when overclocked. However, the difference is so minimal that the majority of people are unlikely to notice. While the clock speeds of your CPU are important, good single-thread performance is also needed.

Both CPUs use an AM4 Chipset, which is currently the best available, making the CPU more futureproof. If you have an older motherboard, you can still use these CPUs as they are backward compatible. This is great if you are looking to significantly upgrade your CPU without the worry of having to purchase a new motherboard.

When looking at the PCIe interface, AMD made significant improvements to the 3700x. The 3700x uses PCIe 4.0 x16, which is currently the highest interface available. The 2700x runs on PCIe 3.0 x16. While this is not a concern at the moment, eventually PCIe 3.0 will become less futureproof.

These CPUs do not have integrated graphics and as a result, you will need to purchase a graphics card. Even so, they are unlocked to allow you to overclock.

Let’s take a look at the cache for each CPU

While the 2700x has a slightly increased L1 Cache, the L3 cache of the 3700x is better overall. Both have a memory that is good enough for gaming.

The 3700x is a significant upgrade in comparison to the 2700x when it comes to architecture. While both are great for gaming, the 3700x is far more future-proof on the whole.

Ryzen’s biggest strength, especially for its 65 watt SKUs, is overclocking, which is available for all Ryzen CPUs and on every single chipset but A320. Not only can you overclock the cores, but also the RAM.

You will see that the overclocked 2700 is usually only slightly ahead of or just ties the stock 2700 in gaming even though there is a clear performance difference in synthetic and rendering tasks. This is just simply down to Ryzen having bottlenecks other than clock speed.

I did have to sanity check myself on this just to make sure I wasn’t wrong, but it does seem like overclocking does not get you much more performance in gaming with the Ryzen 2700, at least not in the way I tested.

The 3700X struggled to overclock the RAM much higher than it came in stock, though I suspect for lack of good firmware on the X470 Taichi since this 3700X was able to achieve good RAM overclocking on Alex’s (our CPU reviewer) system.

The memory bandwidth and the degree of memory capacity work almost on the same lines on both Ryzen 7 3700X and 2700X. Both of them work with 64 GB RAM support. If you are checking out the bandwidth requirements, you will find it equivalent once again across the two processors and stands at 21.86 GT/s.

The clock speed performance of RAM supported on both the processors does not show any difference. The Ryzen 7 3700X supports up to default memory speeds of up to 2933 MHz and a boost memory speed of up to 3200 MHz – which is equivalent to the rates observed on the 2700X.

The Ryzen 7 3700X makes use of the AMD Zen2 Architecture, while you will find the AMD Zen+ Architecture on the second-gen Ryzen 7 2700X. The Zen 2 technology brings in vast improvements that we have already explained.

The Ryzen 7 3700X comes with a 15% higher base and overclock speeds than the Ryzen 7 2700X that makes it a great single-core processor which improved the overall performance of the predecessor. Apart from the basic speed, the next-gen CPU boasts multi-task speed like operating multiple apps, creating 3D graphics, and playing heavy graphics games.

While there is not a big difference between the base and clock speeds when benchmarked the 3700x was a step up in comparison to the 2700x. However, it was not hugely different. While both can be overclocked, the 3700x does perform better.

To conclude, we would recommend the newer and more technologically advanced 3700x. However, if you are on more of a budget, the 2700x is still a great option.