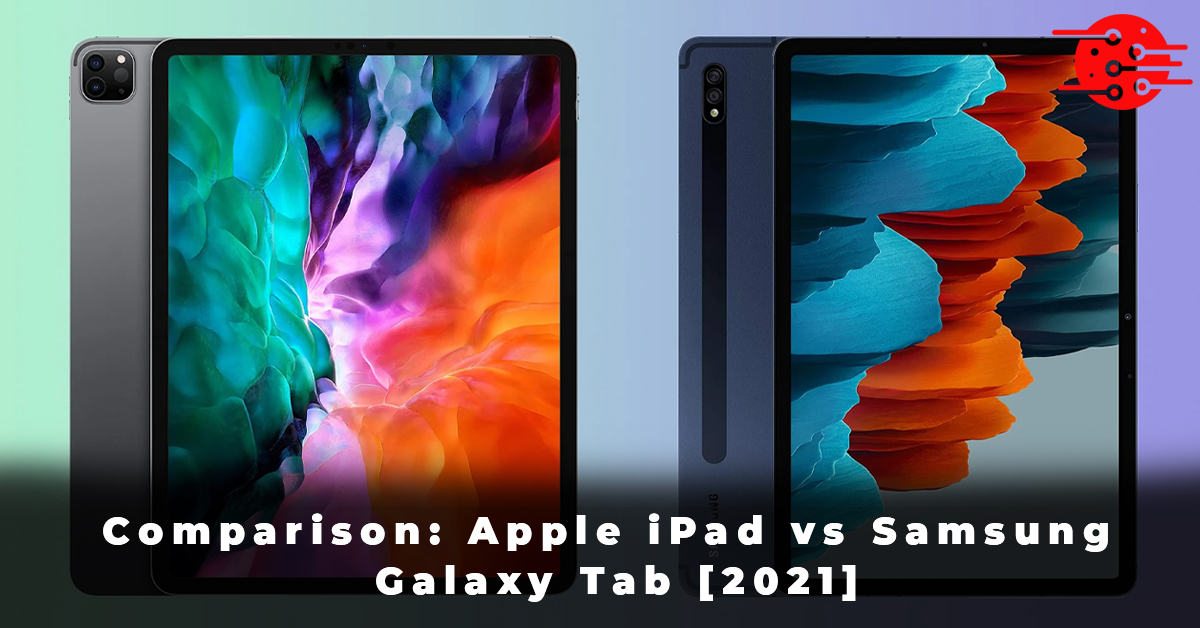 There is a very hot talk in the town about the Apple iPad and Samsung galaxy tabs. Many people are confused that which one is better and which they should buy.

So, we thought that why not compare both of them so; the people would know which one is better and worth the money.

So, let’s make a little comparison between the Apple iPad and Samsung Galaxy tablets.

The Samsung Galaxy Tab 10.1 is the cheapest option in the market, giving you the premium quality 10.1 Full HD screen that will give you a great movie experience, or if you want to work, it would also be a great experience.

It has a 5mega pixel front and 8 megapixel back camera, which is not best but allows you to take pictures or attend skype and zoom meetings.

The tab is suitable lightweight, and it comes in three colors silver, black, and Gold. The one main feature that made this tablet stand out from the other is that you can expand the memory up to 512 GB.

It has two stereo speakers at the bottom, which allows you to watch videos, movies, or enjoy your favorite songs. It has 2GB RAM, which is not extraordinary but works best for most of the functions, but you can’t play the games like pubg mobile with this tablet.

The Samsung Galaxy tab’s battery timing is more than 13 hours, even if you watch videos on youtube. The tab is killing all the other competitors in the market with its battery timing.

The only bad thing about this tab is that this tab does not feature a fingerprint sensor, but this is not a big deal if you consider the low price. 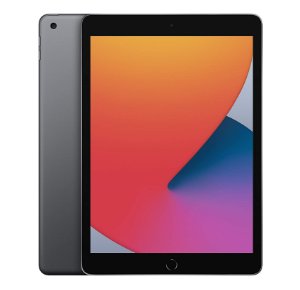 It is the best budget iPad out there in the market because it will run every vital app that you would need, like Ms. Word, Zoom, and other business Apps.

The tablet’s biggest problem is that the kids play games and sometimes drop accidentally, which results in damage badly, but the Air pad comes with a hard case so, now it is protected from damage.

You can attach a Logitech keypad with your tablet through a magnet connector, and boom, it’s now your laptop on which you can do all your business work without any Bluetooth connection.

One of the best budget tablets in the market is more efficient than the MacBook. It has a pen that you can attach and charge at the corner, making it perfect for the students or anybody who wants to take notes.

The IOS app store makes it the ideal choice for your kids; they can play any game they want with the high-end improved processor.

Apple is known for its great premium quality design and features. The design of the iPad is beautiful and cool that you’ll love it at first glance.

Now let’s find out that what’s the difference between these two tablets?

Read This: Best Laptops for Autocad

The Samsung Galaxy is now featuring the stainless steel version body, which gives this cheaper tablet a premium look. There is no button on the front screen of the Samsung galaxy tab. It is very slim and lightweight to hold with one hand without any problem while watching a video or movie.

The overall look of the Apple iPhone is more premium than the Samsung Galaxy tab. Apple is featuring the traditional home button on their tablet’s screen. In the weight and slimness, both the tabs are similar.

The Samsung is featuring two build-in speakers at the bottom of the tab, which is similar to any other Samsung tab, but they are louder than the Apple iPad, and the quality is also a bit good than the Apple iPad. You would feel more comfortable watching movies with these speakers.

They have the same two-speaker as the Samsung tablet, but they are a bit low volume. As expected to an Apple tablet, the Apple has not that kind of speakers, but it will give you good audio that you can enjoy alone. In this, Samsung is the clear winner.

The Samsung tab features the 5mp front camera and 8mp back camera, making it great for the zoom meeting and normal size photos.

Apple is known for its high-quality cameras, but in the iPad, they are not focusing on the cameras; the iPad has a 1.2-megapixel camera which is not very good for photos and just for the grained zoom meetings.

So, Samsung is winning in this point with a 5-megapixel camera.

It has a 10.1 inches screen that is some inches bigger than the iPad, and it has a 1920 x 1200, which is perfect for Netflixing in these lockdown seasons. The Samsung Galaxy has sharp, bright colors but a bit low as compared to the Apple Ipad.

The Apple iPad features 9.7 inches, which some inches low than the Samsung tab, but the resolution is 2048 x 1536 pixels higher than the Samsung, and it is more sharp and bright when we compared it with the Samsung Galaxy tab.

If we see in display, then the Apple iPad is slightly better than the Samsung in quality, but in size, the Samsung tab is taller.

We charged the Samsung Galaxy tab and then started watching movies on Netflix with the full brightness so we found out that the Samsung galaxy tab’s battery last for more than 10 hours which is pretty good for this price range tablet.

So, here Apple is the clear winner in the battery timing.

The Samsung Galaxy is running on the Andriod 9 pie. If you are using Android smartphones, then it’s pretty much similar to that you can get almost every app in it.

The Apple Ipad is running on the Ios 12 and pretty much the same as the iPhone, but the one thing which is better in this is that you can get every Apps optimized version in the Apple store.

So, the iPhone is the clear winner in our view because of its more optimized Apps.

If you are someone who likes to have a different color option on your tablet, then the Samsung Galaxy tab comes in three colors black, silver, and golden rose. So, you can choose from these colors.

The Apple iPad is a bit better in colors because it comes in four colors so it has one more color you can choose from. The four colors are black, Silver, Gold, and Space Grey, which is the new one they added in the latest version.

But if you are buying the tab for your kids to play games, you should go for the iPad because it has many games that your kids will love. The iPad doesn’t have a good camera so, not for zoom meetings, but if you plan to work on it by keypad, the iPad is the best option due to its versatility and comfortable keypad options.

Is Galaxy Tab worth buying?
Yes, the Samsung Galaxy tab is one of the best budget tabs in the market. Samsung has improved the tablet so much from its design to its processor. For us, the premium feature is the 512GB expandable memory of the Samsung Galaxy Tab. Not only this, but it has many more features which make it worthy of every hard-earned penny.
Should I buy a laptop or a tablet?
In these modern days, laptops are too heavy, and they are out of fashion. The tablets have replaced laptops with high-quality features. They are relatively cheap, lightweight and when you add a keypad with it, it is more efficient than many laptops in the market so, we’ll suggest you go for the tablets.
Which tablet is best Lenovo or Samsung?
We have talked to many customers who have bought Samsung galaxy 10.1 and also Lenovo. We found out that the Samsung Galaxy is better than the Lenovo because of its low price high features. The most common thing Lenovo doesn’t have is the expandable memory of 512GB which stands out Samsung Galaxy from all other tablets in the market.
Is 32GB enough for an iPad?
If you watch the videos online and want to save important videos and pictures on your tablet, then 32GB is enough, but if you want to have movies, music, and watch videos after downloading them, then 256GB would be perfect for you.